You are here: Home / Movies / Sean Penn and the Drug Mafia – What’s the inside story?

The Hollywood celebrity and the Oscar award winner, Sean Penn, is the talk of the day with his interview with the drug lord, known as El Chapo. It is interesting to know that the reason for this meeting was to talk about war of drugs and contribute Penn’s part in creating awareness amongst people and the authorities. Now the question that comes in the minds is – what Penn wants to prove with this interview? How it is going to help in controlling drug trafficking? Is it really a sincere effort or it is just a publicity stunt? 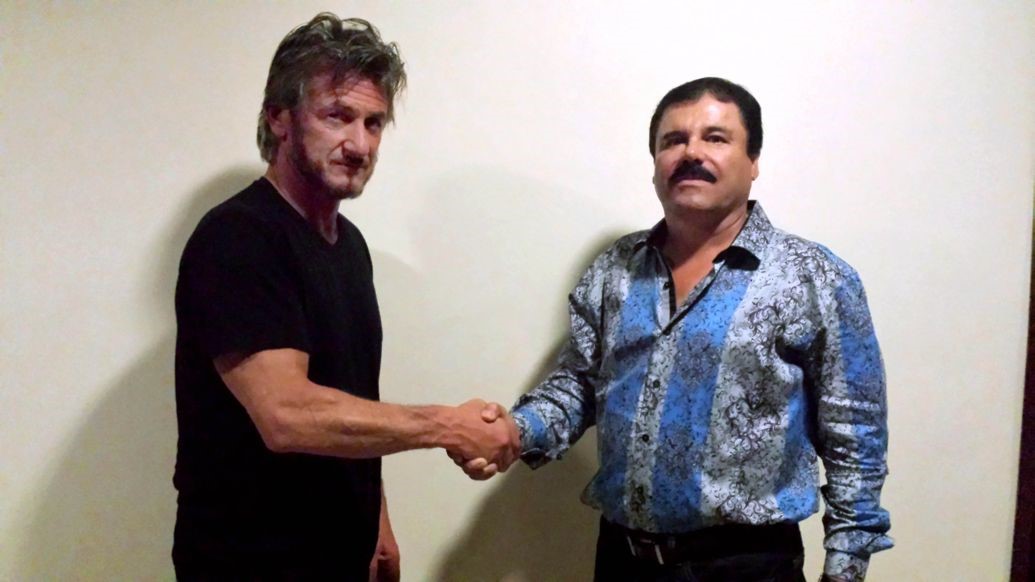 The author and then-fugitive El Chapo Guzmán, on October 2nd. The photo was taken for verification purposes. After a long dinner and conversation, Chapo granted Penn’s request for a formal interview. Courtesy of Sean Penn.(image: http://www.rollingstone.com/culture/features/el-chapo-speaks-20160109?page=8)

Rolling Stone published the one of itself kind interview with elusive Mexican drug king, Joaquin Guzman, aka, El Chapo, conducted by Sean Penn, a well-known actor. It has also been reported by several other news outlets that Penn is being investigated for the interview as he may help the official with the whereabouts of the fugitive El Chapo.

Penn told that the mediator was a Mexican actress Kate del Castillo, who was in touch with the drug lord after her courageous comment made on Twitter in which she openly supported El Chapo and her mistrust in the government. Since then, they are in touch through BBM. Castillo arranged the meeting and was with Penn during the interview. 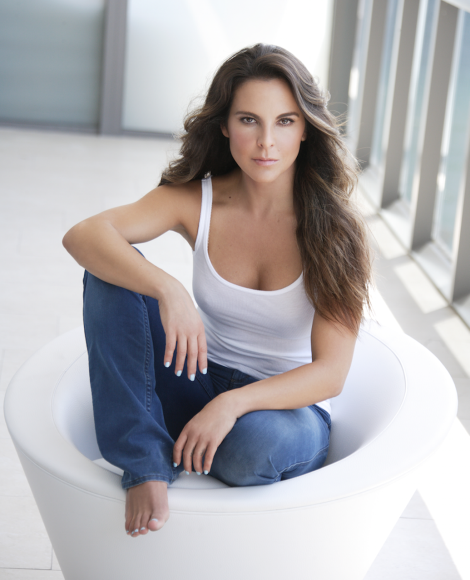 Kate del Castillo, one of the most famous actors in Mexico, brokered the meeting. Uriel Santana http://www.rollingstone.com/culture/features/el-chapo-speaks-20160109#ixzz3yGvkIFRO

About his meeting with El Chapo, Sean Penn told, “I get out of the truck, search the faces of the crew for approval that I may walk to the trunk to secure my bag. Nods follow. I move. And when I do…..there he is. Right beside the truck. The world’s most famous fugitive: El Chapo.”

During interview many questions were asked, but, as Penn told, the replies were short and precise. El Chapo told about his childhood which he remembers as a tough life where he used to sell fruits and other things to support his family. It was from the age of 15 he got involved in growing of marijuana and poppy as there was no other option for survival. El Chapo recalls and is sad that the condition is still the same there at La Tuna ranch.

To a question regarding violence and his opinion on it, he replied that he will not consider himself as violent person but all he does is defends himself. Regarding the drug trafficking he said, “Well, drug trafficking is already part of a culture that originated from ancestors. And not only in Mexico. This is worldwide.”

When asked about his final days with respect to this business, he answered that he wants to die a natural death. He is very attached to his mother and loves his family.

Sean Penn is an actor, writer and director and has dedicated this article to the parents of slain Chicago youth, and to Rodrigo Lara Bonilla, a public servant, a father and a hero.

After a father was brought to justice for spanking his 8 year old son, a New York court rouled that it's ok for parents to spank their children. A decision last Wednesday from the state Appellate Division found that the spanking "was a reasonable … END_OF_DOCUMENT_TOKEN_TO_BE_REPLACED

The actor Dwayne Johnson's is keeping up for his nickname "The Rock" on preparing for his latest movie Hercules. To build up significantly more to play the child of Zeus, Dwayne undertook an unfathomably compelling workout administration and … END_OF_DOCUMENT_TOKEN_TO_BE_REPLACED

After the disdainful picketers set their eyes on a P!atd show, Brendon Urie & co. discovered a creative approach to battle back Westboro Baptist Church—the gathering of scorn mongering dissenters who have focused on everybody from Lorde to Brad … END_OF_DOCUMENT_TOKEN_TO_BE_REPLACED

The wristwatch has been perpetually reinvented, however this new innovative tackle the extra dump a vital segment of most watches: the face. The Ritot watch, which resembles a wellness band, ventures the time from the side of the gadget onto the … END_OF_DOCUMENT_TOKEN_TO_BE_REPLACED

Man discovered the use of power and has been utilizing it blindly. Almost everything is dependent on power – our food, transportation, communication, entertainment and the list is endless. We can’t think our lives without power but it is dreadful to … END_OF_DOCUMENT_TOKEN_TO_BE_REPLACED